Hello world; here I am

I sometimes think, in a fit of anxious irrationality, that it is already too late for me to achieve anything of note. When I read about any artist or thinker, I obsessively determine the age at which they completed their first great work. The results often worry me.

For example, the mathematician Évariste Galois (wiki) had died before reaching my age, and yet the revolutions in algebra he set off during his short life are still crucial to the subject today. Will I ever found a whole new division of pure mathematics, like him? 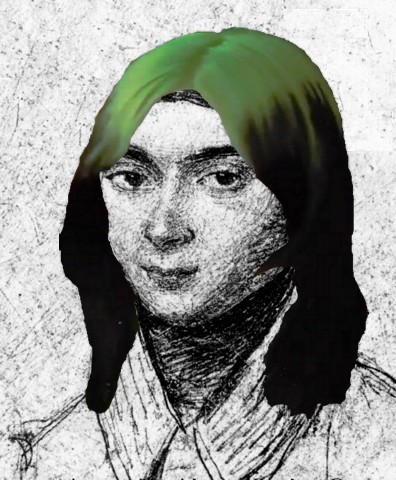 Also consider Billie Eilish. She is three years younger than me - a Noughties kid, even. Yet she has already moulded the sound of today’s pop music. Will I ever write songs as sadly sublime as hers?

Even within the small circle of my friends, I am tempted to envy the achievements of others. I know people my age who have travelled widely, learnt languages, secured jobs and embarked on the first steps in their careers. Will I be left behind in the dust as they move on with life?

Though my worries are overblown, there is a grain of truth in them. Generally, if someone is destined to achieve greatness in art, sport, philosophy or science, the extent of their abilities is evident by their early adulthood, and sometimes even sooner.

But that does not imply that there is a ‘cut-off age’ by which greatness must manifest, or else never appear. Indeed, even if talent or originality does show itself in someone, it is not always noticed by other people at the time, though it comes to be appreciated later. So one cannot expect to ask the question ‘Have I achieved enough?’ and see a clear yes-or-no answer in the moment, because one cannot predict how posterity will view one’s life.

Therefore, I say to myself, and to anyone who wants to shape their world, but shares my anxieties about not getting things done: stop worrying and get on with whatever it is you wish to be successful in. The future will praise you or forget about you, but you cannot control which fate you are dealt. All you can do is follow your interests.

I have three goals.

Why are these my goals?

I love computers, and I want to turn my love into a career - who doesn’t?

I love the monospace fonts of my code in the text editor; the brackets, the indentation.

I love implementing an algorithm so that my laptop can do a task 100,000 times more quickly than I can do it by hand.

I love splitting my program into lots of neat little functions, each performing its role with silent humility, but composing an active, responsive whole.

I love the satisfaction of solving problems and fixing bugs.

I love the endless webscapes and limitless information on the Internet.

Most keenly, I love that I have yet to learn about many (most) of the possibilities of computers. Neural networks, encryption, hardware - my knowledge in these areas is currently a beginner’s, but that makes them all the more exciting!

I want to be a mathematician.

Sometimes, I would rather be amongst the pure forms of mathematical objects than in the physical world. Algebraic equations - if they do exist separately from us - are not happy, but at least they do not suffer.

I do not necessarily want to be a professional mathematician. Being an amateur one would be fine. But, ever since I studied mathematical logic in my Philosophy course at university, my thoughts have often been about abstract mathematical problems. Once or twice, I have found that some tangent of my thought, some vague idea I had for a mathematical study of something, had already, and unknown to me, been developed by earlier boffins. This is a pleasant thing to find out, because their work satisfies my curiosity.

Nevertheless, I would like one day to discover a truth which no one had lain eyes on before me. I would be like an explorer of pure forms, alone in the perfect wilds, with all the exhilaration and hardship of living in the blank spaces of the map.

My third goal is to promote certain aesthetics by creating art - by which I mean art in the most general sense, including music and literature. Which aesthetics do I wish to express?

The precise nature of these aesthetics is something I have not yet defined, but there are more or less clear images in my head, as well as paradigms in existing art. Also, I want to wait until I have actually made some art to share with you before I discuss the inspiration behind it. So, for this blog post, I will have to leave my third goal vague.

Goodbye world, until next time

I think that most entries on this blog will end up relating to one of my goals. Provided I make progress towards these things, I’ll write about the programming I’m doing, about interesting things in mathematical logic. about books, music and art which inspires me. If you’re curious about any of that, bookmark the blog homepage, and come visit me again soon!