Sometimes, the algorithm knows what you want better than you do. It’s best for us humans to admit this now; doing so will make it less painful to live in the future when our entire existence is one seamless auto-play. Recently, it was the Soundcloud algorithm which revealed its divinity to me. When it queued up a two-hour-long Amapiano mix for me, I was hooked after about eight bars of the first track. I’ve since been devouring this genre, which I hadn’t heard of at the beginning of the year. For this month’s post, I’ll share with you some amapiano tracks from a digital-only compilation I bought, and tell you something about the back-story of this addictive South African take on deep house.

Let’s look at the genre with the help of some tracks from a compilation, Amapiano Now, released by the London-based radio station NTS.

Amapiano is a daughter of house music, but she’s the rebellious daughter who’s very inventive in ways to distance herself from her squarish parents. You can immediately get a feeling for the kind of beat which animates amapiano through this track by King Jazz. Notice that it lacks the four-to-the-floor bass drum pattern which typifies much house music. It’s a more complex rhythm. And, as the track develops, it’s clear that the producer is out to surprise us with the sudden, unpredictable arrangement of “log drum” beats and bass notes. I love the track above in particular because of the discordant, jazzy piano tinklings.

Enough said about the beat; amapiano gains a new dimension with vocalists. They often provide a repetitive, rhythmic chant which slaloms round the drum rhythms, like in this sunlit, life-giving track:

I’m in the mood to partayyy!!

One fascinating aspect of amapiano is that it’s a grassroots musical development. It started with, and is maintained by, black South Africans living in the country’s townships - deprived suburbs of large cities. According to this article, the genre can be traced back to 2012, but it took until the turn of the 2020s for amapiano to break out of its local scene and go pandemic.

This photo tells vividly about the people behind the genre: here’s Teno Afrika, a popular amapiano DJ and producer: 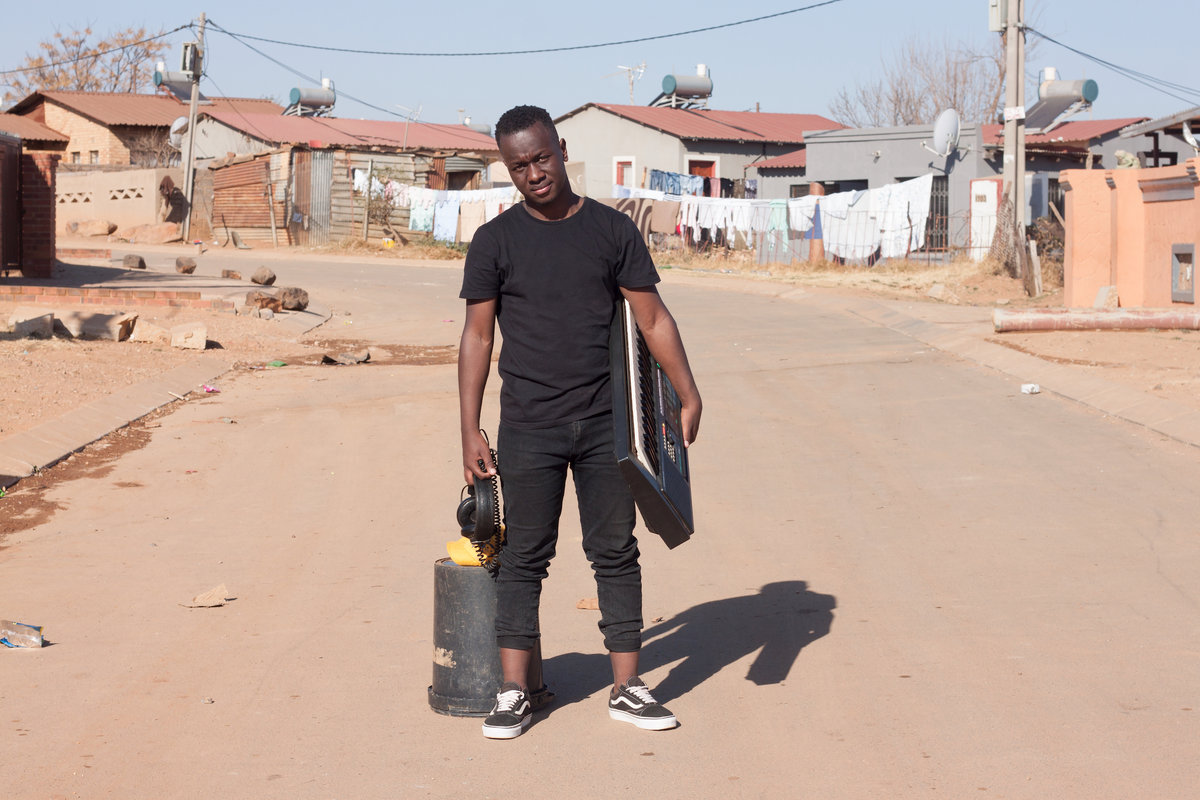 One man and his Yamaha keyboard, squinting in the spotlight of the world.

It’s comforting that amapiano has an origin story rooted in a particular place and time. However, now that nearly every scene in the world is broadcast through the web, you can’t keep any musical genie in any bottle any more. Though I can’t be sure, I suspect that the instant teleportation of musical influences helped British producer Scratchclart (a.k.a. Scratcha DVA) make this track:

The influence of South African house is there in the underlying beat patterns, but Scratcha has used his mastery of icy, stainless-steel sonics to make it his own.