As I toiled with my pickaxe deep inside Music Mountain this month, I struck upon a pair of diamonds.

I’m referring to Ada Rook and Riley Rossi, two versatile musicians in their own right who collaborate as rook&nomie. Their electronically emotive music channels the synthpop of Grimes and the doomy atmosphere of Crystal Castles, but the duo pull off their own fresh sound. My entry point to their universe was their last album me&you, and so it is my pick for this month. 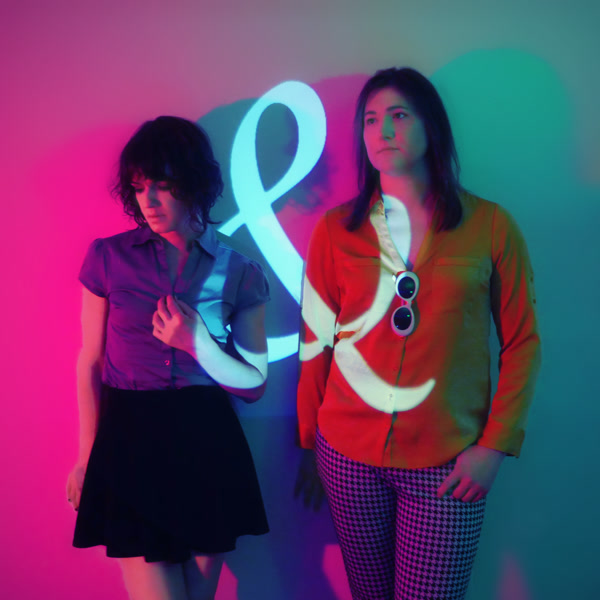 rook&nomie waste no time in laying down their sound as the album begins: cyberpunk synths and heavy, sustained keyboards form a turbulent syrup, splashed by crisp electronic percussion. Rook provides most of the vocals, which flip between delicate singing - almost a murmur at times - and grisly screaming. The result is a very rich sound, capable of expressing a range of emotions; confusion, loneliness and angst spread themselves across the album, but there are also glimmers of hope.

If the album could be summed up in one “theme”, it would be: the long search for a home. Home in the widest sense of the word: a situation of comfort and belonging, whether that situation consists of a place, a group of people, an identity, or all the above. Many of the tracks seem haunted by a lack of such a home. This includes my favourite, the sombrely soothing glitter in the dark:

One kind of “not-fitting-in” that many listeners will resonate with is to do with gender identity. The discomfort of having an identity different from the one assigned at birth is expressed on slime brooch:

in a different world, I am only a girl
but in this one, I’m a puzzle box for everyone to solve

This is the pain of those who transition: although you are deeply unsatisfied with your old self, you cannot inhabit your new self without being disturbed by how others see you and categorise you.

And I can’t help but hear a metaphorical description of body dysphoria on the vividly cyberpunk lightning daughter:

I see a picture of everything I wish I was
But it flickers and dies in my eyes and on my tongue
and I know the voltage is visible
across my skin, through the wires in my veins

That said, it would be a mistake to pigeonhole the pair as a “trans act”; Rook has stated in an interview that she doesn’t see the transgender experience as the major theme of her work.

Overall, this album is an achievement: each track is a fully detailed, individual part of a monumental whole.